What is the Arcade?

The Arcade is a wave based, horde like custom minigame! There are three different modes and a duo mode.

In regular mode, you fight through 1-50 rounds of enemies. If you complete the normal difficulty you get the Infernal Cape and arcade tokens as your reward. If you duo this mode, you only get Arcade tokens as a reward.

For the extreme difficulty, you need to sacrifice your Infernal cape, which you get from completing the normal difficulty. Once you have done that, you have your chance to fight through 1-55 waves of enemies to get one of either the Infernal Melee Cape, Infernal Mage Cape, or the Infernal Range Cape as well as Arcade tokens. If you get all 3 of the Extreme capes, you can combine them to create the Tribrid Infernal Cape, which is a top-end slot cape! If you duo this mode, you only get Arcade tokens as a reward.

There are two ways to get to the arcade. The first method is teleporting home and running into the North-eastern house (shown below). The second method is simply typing ::arcade in-game, which will take you straight there. 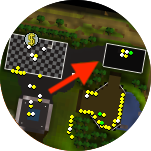 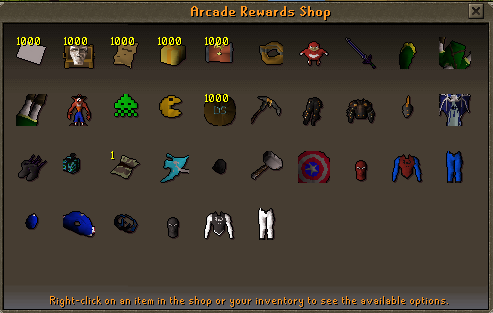 You get Arcade tokens for participating in all modes.

To maximize profit, players should buy either Dynamic Boxes or Aqua Spirit Shields; however the player should check current prices before making a purchasing decision!

Because there are a variety of different levels in the Arcade nowadays (Regular, Extreme & Avengers), people sometimes mistake the regular Arcade for being easy.

The Regular Arcade requires high-end gear and multiple healing items in order to be beaten.

Most people will be playing the Arcade for it's top prize upon completion: The Infernal Cape. It's an extremely powerful hybrid cape popular among many users.

You also gain arcade tokens for playing any mode of the arcade minigame; in regular mode, you get one token per wave number, which add cumulatively.

If you duo this mode, you only get Arcade tokens as a reward

There are multiple sections in the arcade's wave system, ranging from beginners' waves to dream waves. Each of these sections awards bonus tokens upon completion:

The following tables are breakdowns of the enemies you will face throughout the 50 waves of the regular mode arcade minigame.

Keep in mind that in order to play the Extreme Mode, you'll need to sacrifice an Infernal Cape before each run!

The first 50 waves of the extreme arcade are identical to those of the regular arcade. The following is a table of the five extra waves you will encounter in extreme mode:

Now once you finish the Extreme Arcade you will be given either the Infernal Melee Cape, Infernal Range Cape, or the Infernal Mage Cape. Note that you are unable to choose and the capes are given randomly.

Not only that, but if you are able to acquire all three styles of capes, you can combine them and form a top-end slot cape: The Tribrid Infernal Cape.

Along with the capes, you'll be rewarded tokens upon completion based on your donated rank. If you die before completing the extreme arcade, the tokens awarded follow the same formula as in the regular mode.

This is the toughest Arcade Mode there is!

This new mode will give players a test on their endurance in the Arcade!

Get your hands on the all new Tribrid Inferno Cape!

For every hell mode attempt, you must sacrifice a Tribrid Infernal Cape.

The hell mode puts a spin on the already existing extreme mode. When in the hell mode, all monsters spawning will be doubled and have 100x more hp than they do in the extreme mode. This is 55 waves of pure madness, but you are adequetly rewarded with receiving 10x more tokens than you would in the other modes.

Upon completing the hell mode, you will receive a Tribrid Inferno Cape!

The Avengers Mode is one of the newest and most popular arcade modes. In the avengers arcade you face off against several characters from the avengers universe, all of which have their own special abilities to make the minigame more challenging.

Use soulsplit for this wave or if you have Sponsor+ prayer it's better to use Fury or Cyclone for more damage. 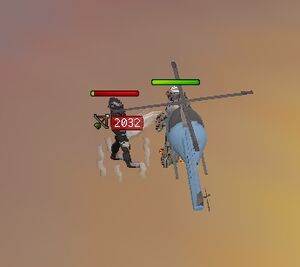 Same strategy as Black Panther, but when Drax the Destroyer says "argggghhhh" your prayer will be drained to 0 so it's recommended to bring a super restore potion, Captain America Shield, or a pet that restores prayer such as the Helicopter Pet. 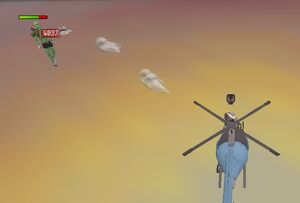 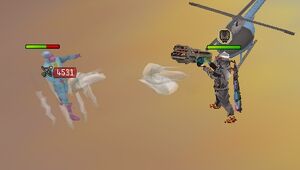 Same stategy as Black Panther but sometimes he will teleport under you. 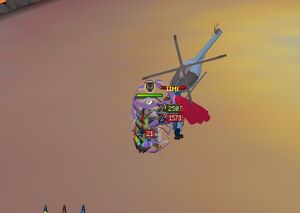 Note: Recommended that you turn off auto retaliate for this boss

When Ant Man says "Haha" he will turn small and any damage that you deal to him will heal him. He also will say "Haha" again when he returns to normal size and then you can deal damage. 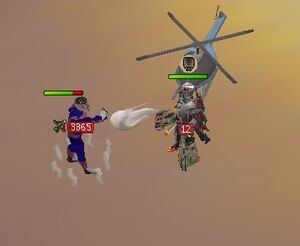 Same strategy as Black Panther, but he does have soulsplit so watch your prayer points and bring super restore potions,Captain America Shield, or a pet that restores prayer such as the Helicopter Pet or Diablo Jr incase. 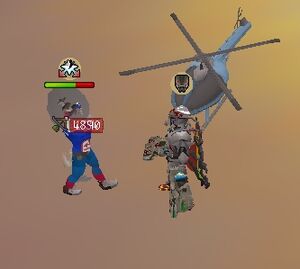 Note: Iron Man is immune to Range and Melee 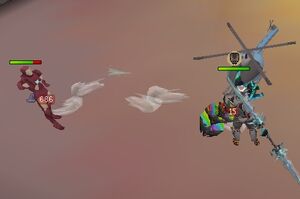 Same strategy as Black Panther, but can freeze you for 3 seconds, and can do a lot of damage with his combos so be aware of your HP. 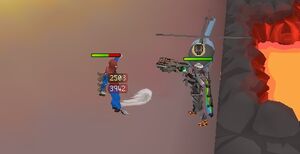 Do not stand right next to his spawn because when he says "SMASH" he will deal 75 damage so be aware of your HP. Using Soulsplit, or another form of healing will make this boss much easier. 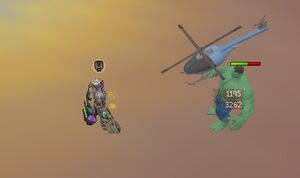 For this wave, start next to Thanos and attack him. Be aware that he switches his protection prayer randomly, so be ready to switch styles. Ultron will walk over and, if you have an AOE weapon, then you will be able to heal from the hits on Ultron. Watch your HP because Thanos can create combos with his hits and poison. 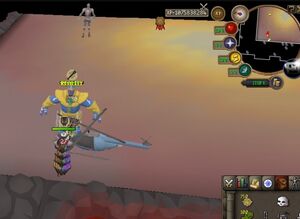 Total Tokens After Each Wave

Note: Tokens are affected by Donator Rank and Wednesday's Arcade Event. The following values are the total token rewards, they do not add up cumulatively.

You also, unlike in the other modes, get a chance at a rare drop after completing the avengers mode. The following are possible rewards.

Rare Drops After Completing All Waves:

The arcade's Endless Mode is the newest, most challenging arcade mode.

With new debuffs and rewards, this new mode is endlessly rewarding. The endless arcade mode contains enemies from both the regular/extreme modes as well as from the avengers arcade mode.

The first 55 waves of the endless mode are the same as the normal and extreme arcade modes.

The DC Raid can be found in the Game's Room (::arcade) along with all of the other arcade modes. The raid consists of 5 waves in which you fight Batman, The Joker, Wonder Woman, Superman, and Flash.

Ability: A very rare chance Batman will stun you with his batterang for 3 seconds

Ability: Laughing Gas : Joker will poison the area around your player

Ability: Taunt, Wonder Woman will pull you towards her and stun you for a few seconds.