The Blizzard Set is a Mid-Tier three-piece Magic-based set that was released on August 30, 2019, and bridges the gap between beginner magic gear and end game magic gear.

Currently, it is dropped by the following Bosses

At the moment, the price of the Blizzard Set is roughly: 450K-600K Bronze Coins 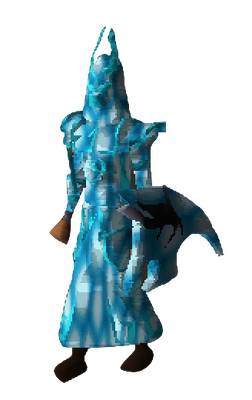 Retrieved from "https://redemptionrsps.fandom.com/wiki/Blizzard_Set?oldid=50207"
Community content is available under CC-BY-SA unless otherwise noted.