Slayer has been completely customized on Redemption. Slayer is a skill that has been completely customized on Redemption and allows players to kill monsters that may otherwise be immune to damage. Players must visit the Slayer master, who will assign them a task to kill certain monsters based on the player's Slayer level. Slayer experience increases as the assigned monster's Hitpoints increases, and is awarded each time the player kills an assigned monster. The more tasks you complete in a row, the more bonus points you receive. Slayer allows players to achieve end-game items along with items not attainable in other stores.

For a full breakdown of the skill, view the different tabs below. 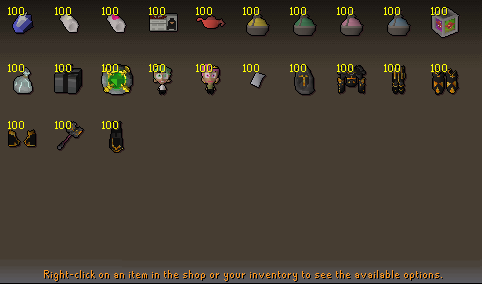 There are multiple different bonuses that can be unlocked throughout the slayer skill by spending your slayer points.
But which one will you unlock first and how much do they cost?

Slayer consumables are useful when training the slayer skill. They can be obtained through the Slayer Chest, Slayer Shop, Slayer Global Drops, made through Herblore, or purchased through the Redemption Web Store.

There are multiple different slayer unlocks that can be purchased throughout the slayer skill by spending your slayer points.
But which one will you unlock first and how much do they cost? 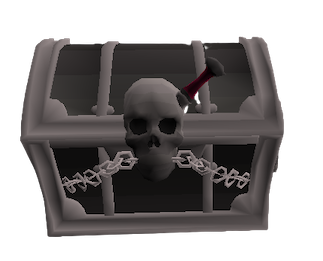 The Slayer Chest is a bonus to the slayer skill, using Slayer Key for special slayer related rewards.

Slayer Keys are gained upon slayer task completion at the following rates:

Below is the location of all Slayer NPCs, their requirements, locations, and experience given.

Killing any slayer monster while on hard or boss tasks has a chance to drop any item from the Global Slayer Table. The tables change as you prestige and can be viewed in-game using ::drops.

}}
Community content is available under CC-BY-SA unless otherwise noted.
Advertisement